There is a saying, men in boots are walking hormones. Boots may represent a person’s taste, experience, identity. A wide variety of boots, each boot has its own characteristics and is suitable for different occasions. Today I would like to introduce to you some representative boots suppliers brands of handmade leather boots mens.

Tired of the endless reprints of AJ1, AF1 that fill the streets. If you still can’t stand the cold feeling of wearing running shoes in the cold winter. Well, a pair of handmade leather boots mens must be an item for the coming winter. 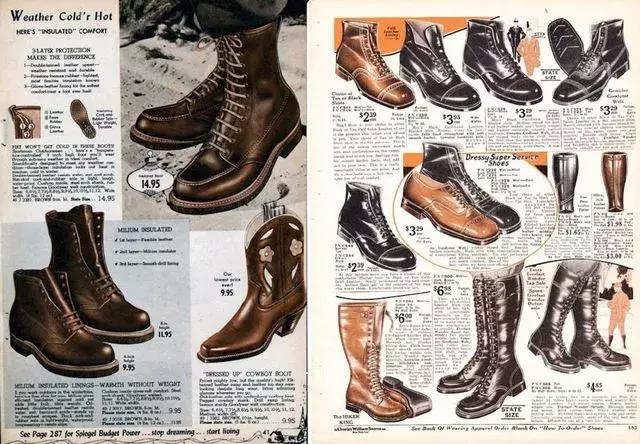 The so – called duck – hunting boots are a combination of rubber boots and leather boots. It was created in 1912 in Maine by Leon Leonard Bean, a hunting enthusiast, who made his first pair of boots to keep his feet dry while out hunting.

He asked a local shoemaker to make a pair of outdoor shoes, which were specially designed for walking through mud, rubber shoes and leather boots. Then he founded the company, which became known by its initials as l.l.Bean. Shoes made from cognac leather uppers, rubber toe and soles. Little has changed in the past century, the only notable change being the addition of today’s classic striped toe to the outsole. 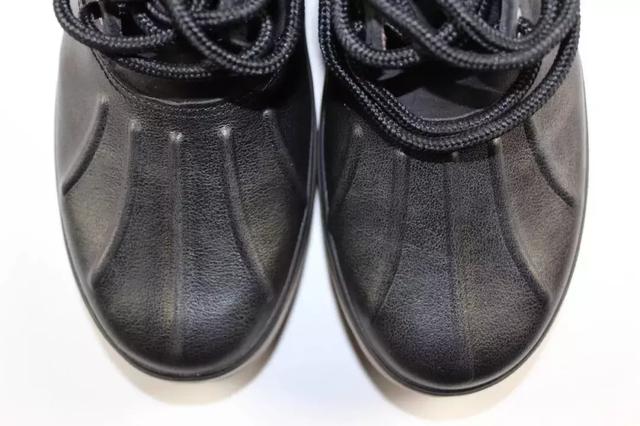 Duck-hunting boots have been a staple of winter rain and snow for American hunters for years. Each pair of Duck boots comes from Maine boots suppliers and is still traditionally made by hand. And the century-old duck-hunting boots are still honored by many fashion brands today. 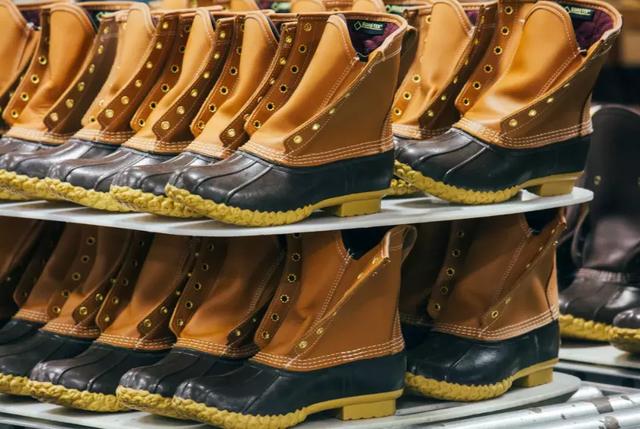 Visvim nakamura, Undercover takahashi shield, Nike Air Force Duckboot. Many fashion circle brands have Duck Boots style as the blueprint to design shoes, so reflected the status of l.l.bean in the fashion circle can not be ignored.

This pair of Saint Laurent crocheted boots, though they don’t have the traditional history of some traditional shoe brands. But he was the most influential representative of western style boots, the pinnacle of luxury footwear. 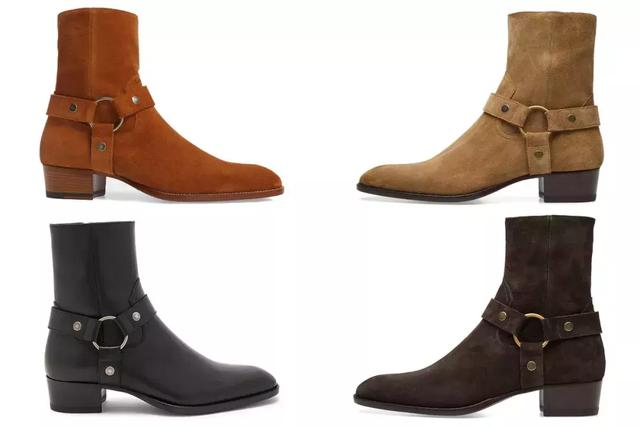 Wyatt, which Hedi Slimane helmed in Saint Laurent’s fall/winter 2013 collection, is actually a reference to the classic Frye boot. The difference is that Saint Laurent Wyat has thinner soles, slimmer bodies and pointier toes. 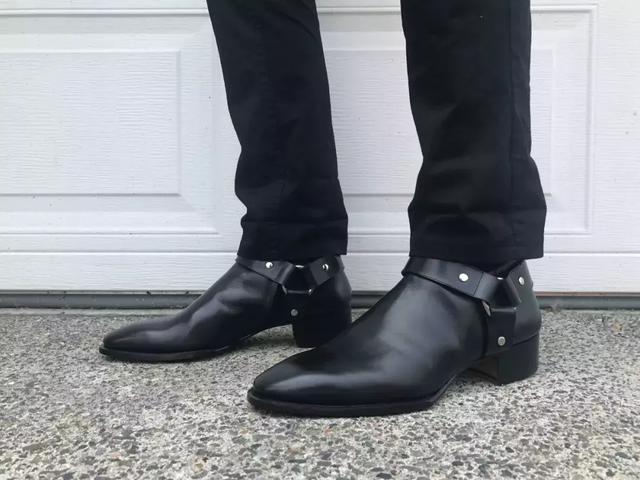 Wyatt’s ankle clasp is a cowboy icon of the American west, but it also has a slimane-style rock ‘n’ roll feel. Wyatt’s success on hi-street has made the shoes one of Saint Laurent’s staple products. You can see Wyatt’s sound shadow almost every quarter. 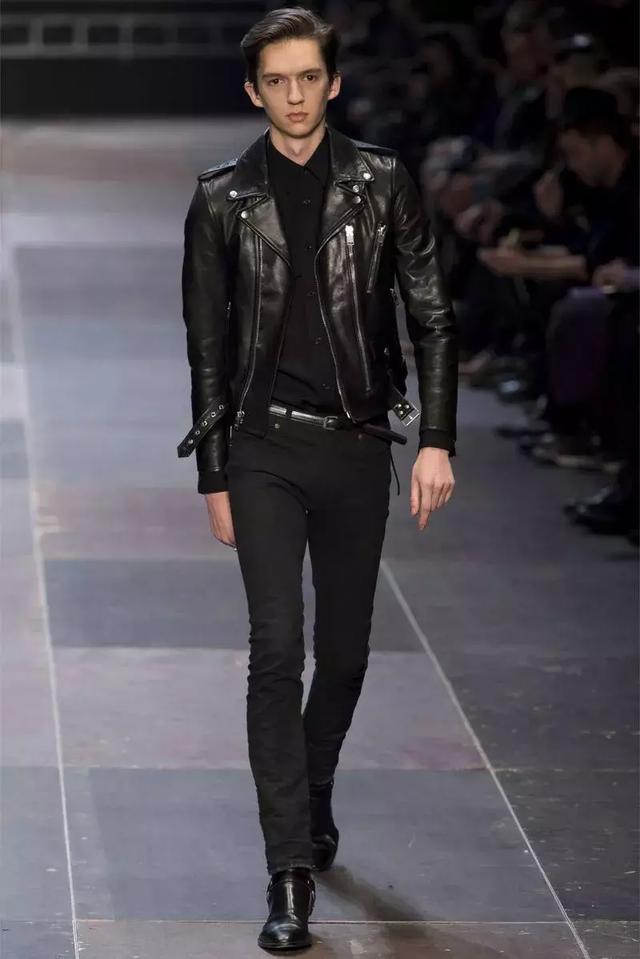 While the shoes don’t go well with loose and vintage menswear, but Wyatt is definitely the boots of choice for high street or fashion. Pairing it with skinny jeans and a leather jacket is also part of Slimane’s signature slimming aesthetic.

In 1932, Danner was founded in Wisconsin. In 1936, he moved to Portland, Oregon. He settled in the Pacific northwest. Danner originally as boots suppliers made logging boots, heavy worker’s boots are still made today, but the brand is best known in menswear for its durable 6490. 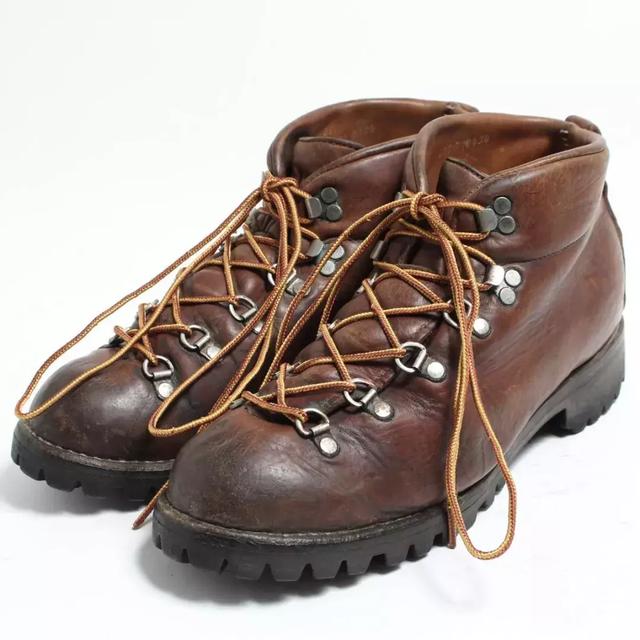 The Danner 6490 is the revolutionary mountaineering boot of the 1970s. It weighs about 25 percent less than most other hiking boots on the market. A whole sheet of leather uppers and a d-ring lacing design, can ues different ways to tie boot laces and improve the wearing comfort very well, a full sheet leather upper and d-ring lacing system. But danner also wants the 6490 to be the best hiking boot on the market. So the waterproof, lightweight, streamlined Danner Light was introduced to replace the 6490. 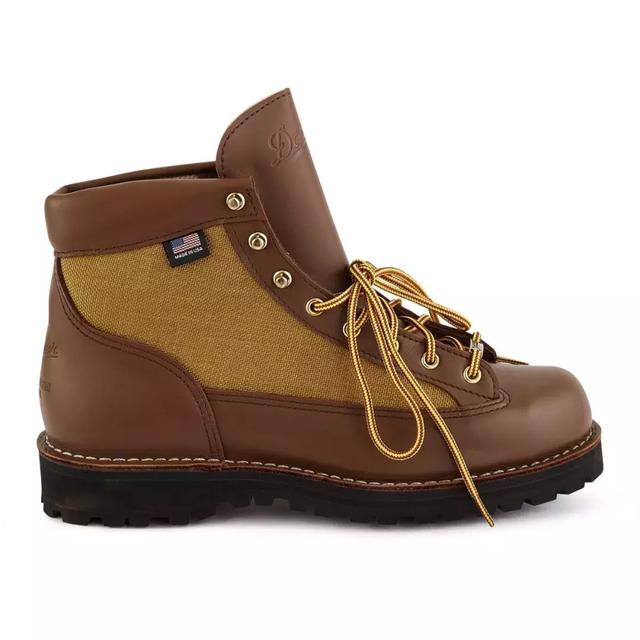 Today, Danner sells Mountain Light as an upgraded version of the 6490 and Light. But it still has the look of an old style hiking boot but it’s very light, breathable and waterproof. 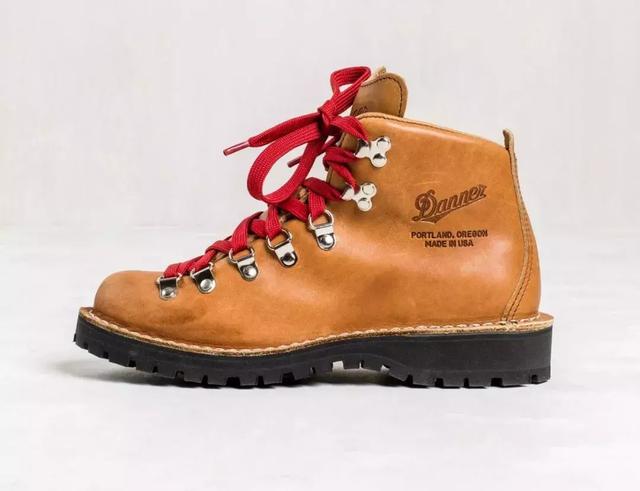 And Mountain Light’s unique footwear has made it the subject of many mountaineering shoe styles, Visvim SERRA, which exploded in Japan in the early days, is a case in point. With the revival of Outdoor style, this pair of ancestral “hiking boots” are also a favorite recommended by me. 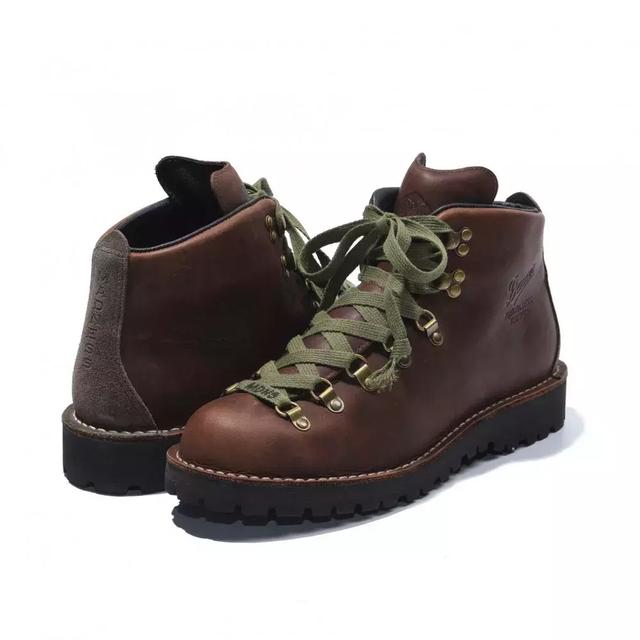 Visvim, as a brand with a strong retro feature, has its own boots with most distinctive styles.

And in the fashion culture formed a leading position is not other retro brands can be compared. 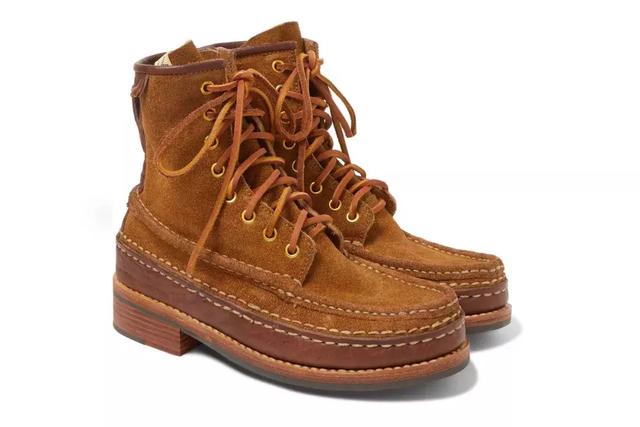 Of all the boots in visvim, GRIZZLY BOOTS, known as the king of BOOTS, is a must-have item for any retro fan. The first time I saw the layers of these boots, the king’s Vibram body comes in four different layers: a sturdy Vibram outsole, a thick leather midsole, a suede midsole, and finally a toe tip and tongue. 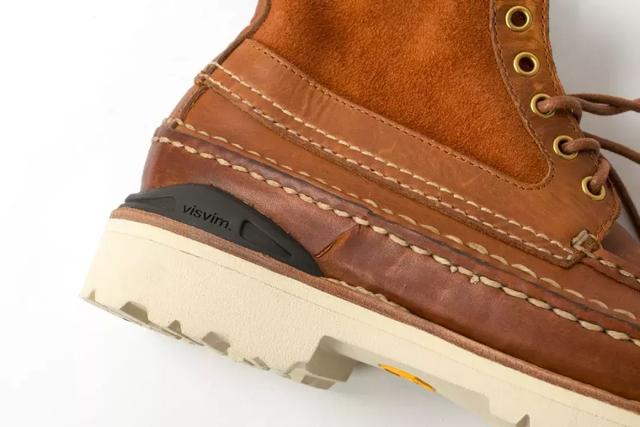 Like other Visvim products, Grizzly boots are made by hand with unique leather fabrics and craftsmanship. The unique texture of each pair of boots has become the king of many Visvim fans. Although Visvim’s FBT is the best selling shoe of Visvim. But Grizzly is the best embodiment of nakamura’s extreme pursuit of craftsmanship. 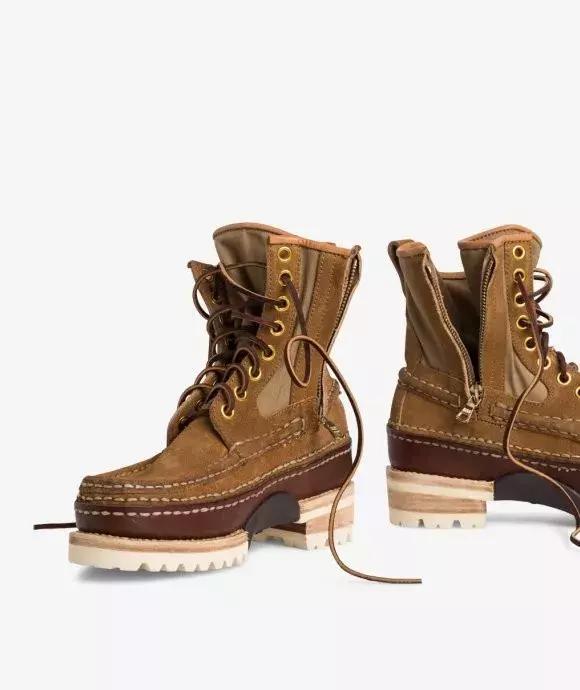 Grizzly Boot king’s design is a fusion of Indian and old American elements, Grizzly’s high price and complicated boot is a veritable graduation shoe. So if you also like American vintage style or Visvim how can you not have a pair of shoes king? 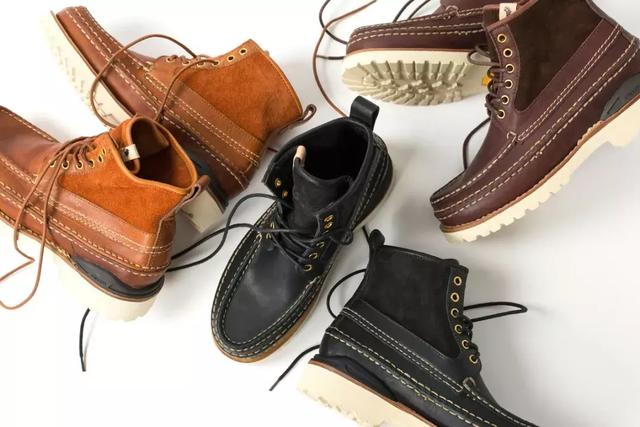 Like duck Boot, the 1460 is the shoe that makes Dr.Martens. In 1960, Dr. Martens introduced rubber soles in London, England. The first design is the 8-hole 1460. This style was originally designed for the Docklands patrol. But his solid but not flashy design, especially the yellow pin step on the edge of the shoe and the unique shoe print pattern. 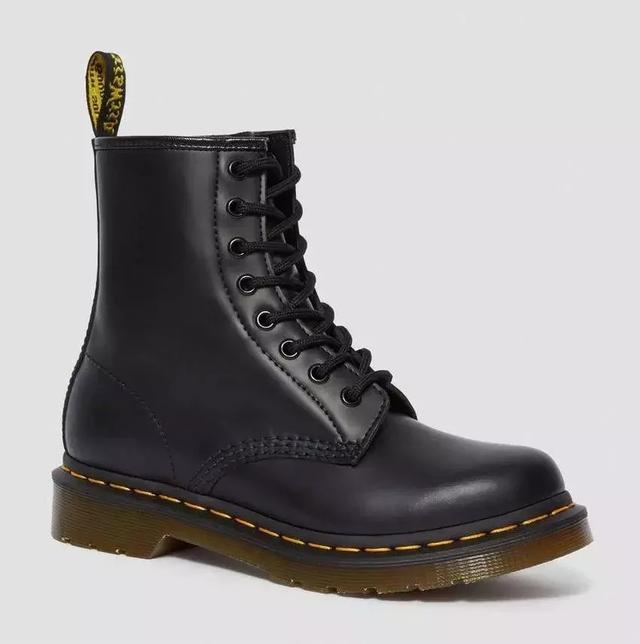 By the 1970s and 1980s, Dr. Martens had become a cult favorite among punk, skinhead and New Wave bands. And they wore it with biker jackets, jeans and the 1460, which became a cultural icon of the era. 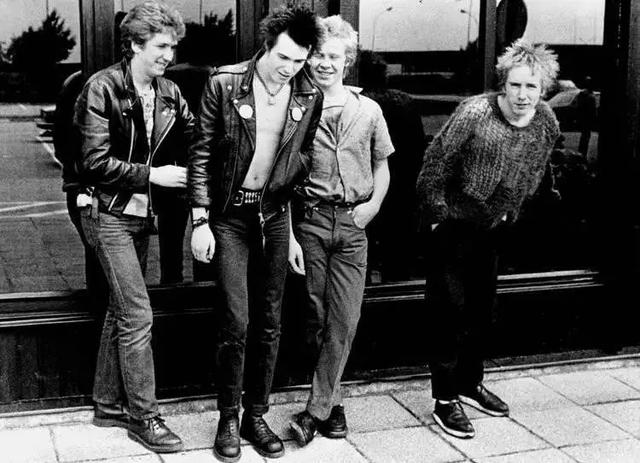 The key to Dr. Martens’ popularity so far has been the soles. It is well known that boots and shoes are very stiff. While the 1460 is both flexible and very durable, but also resistant to oil, acid, alkali, corrosion. So Dr.Martens’ boots are also recognized as the most comfortable boots in the world. Also, as The Times changed, even though the 1460 had more colors and couplers, but also the tide circle’s base is still black 1460. 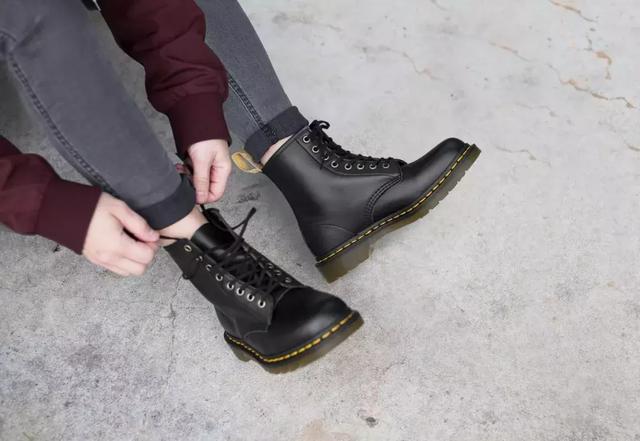 Between boots and dress shoes, the Chelsea boot is undoubtedly one of the best choices for men’s footwear. Because the elastic design on the side replaces the LACES, this means don’t need to different ways to tie boot laces. This kind of boots without LACES are more comfortable and convenient to wear than ordinary shoes, successfully be the queen’s love. 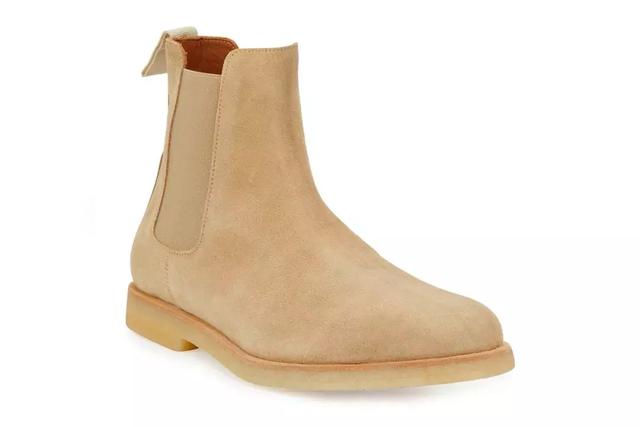 The New York shoe brand Common Projects first launched the Chelsea boot in 2008 and has been interpreting the beauty of the Chelsea boot by following the original last shape and Italian production techniques. It is my favorite Chelsea brand. The striking gilding figure at the heel reveals a special identity. The rounded body is also more suitable for people with thick legs like me. It’s formal but not too formal like a dress shoe. 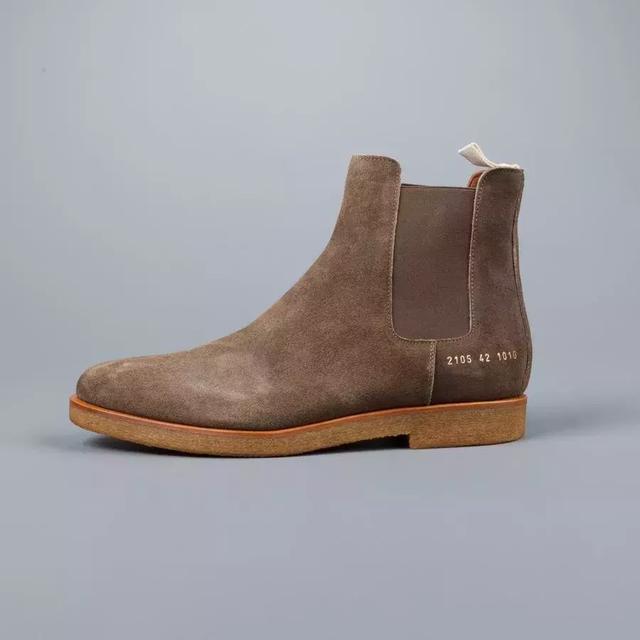 As with the aforementioned 1460, Chelsea boots go with everything from jeans to suits for any occasion. Everyone from Kanye West to Justin theroux has a pair. Whether it’s the minimalist style, or the rock and roll style of Hedi Slimane, or the more traditional menswear prep, Chelsea boots are great for everyday use. 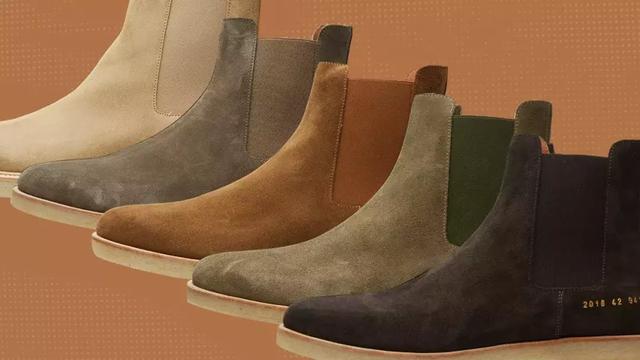 Speaking of this pair of GUIDI, who was once referred to as “god boots” by diablo pioneers, it is no longer the plaything of the minority. You can often see stars wearing them. And the iconic zipper on the heel is also the signature design of the brand’s alternative wear. 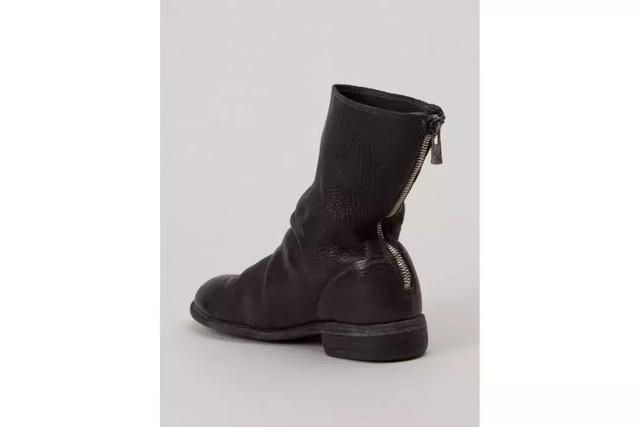 Unique washed soft leather, highly recognizable piece of molded leather boots, only displayed in the high-end buyer’s store, Guidi has become a symbol of avant-garde fashion, although no longer a niche. And all this thanks to Guidi’s century-old tanning factory technology. Although Guidi’s own brand has been around for decades. But guidi’s selling point is the unrepeatable nature of his unique tannin process. 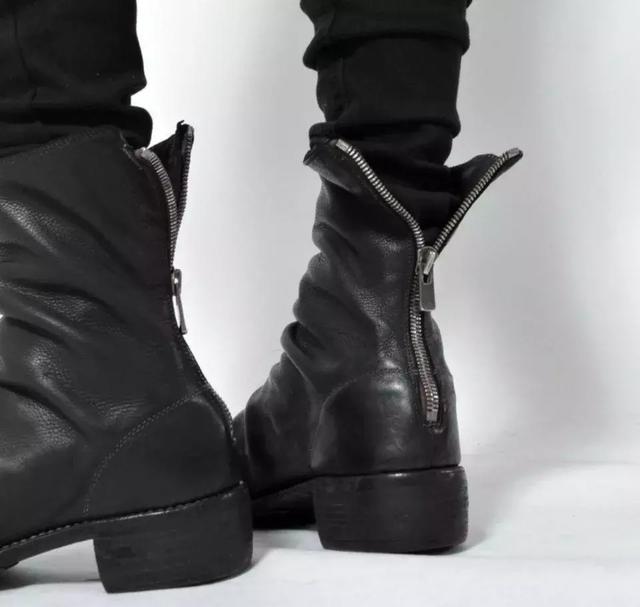 From horse leather to short hair suede, guidi’s traditional craftsmanship has been handed down from generation to generation, not only in terms of quality. And reflected its natural stack effect and color drop technology. 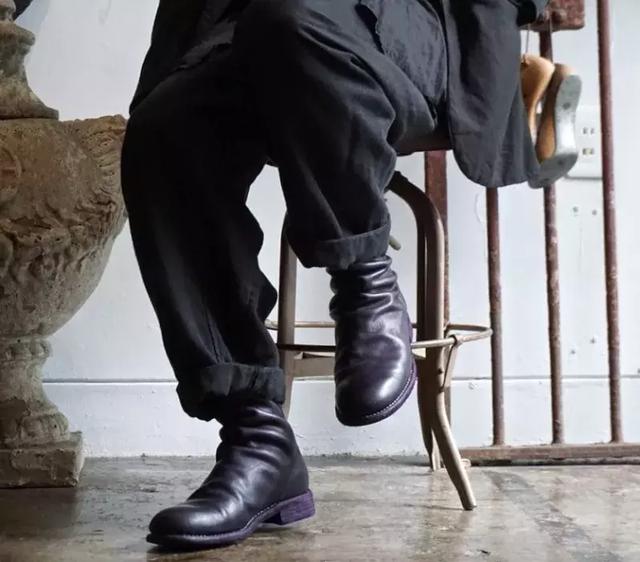 After all, the full collection of handmade leather boots mens features various styles of boot finished in a number of leathers. The collection includes many different sole types offering a boot for all seasons.

Leather, Rubber or Synthetics: What Shoe Material Is Most Durable As Work Shoes?

Leather, Rubber or Synthetics: What Shoe Material Is Most Durable As Work Shoes?  Shoe manufacturing is quite a labor-intensive industry that demands high claims as well as product quality. Shoes are designed and crafted for a variety of uses, events, people, etc. in an array... read more

Quickly Determine The Quality and Price of Leather Shoes

Quickly Determine The Quality and Price of Leather ShoesLeather shoes, like suits and watches, are easy to see a man’s worth. So, the common people is below the circumstance that does not know brand, how to judge the quality price of a pair of leather shoes... read more

How to Import Shoes From China—A Comprehensive Guide 2021

How to Import Shoes From China—A Comprehensive Guide 2021   Indeed, a shoe business, be it men’s dress shoes or women fashionwear, is a profitable business considering the hype in rates and estimated profit margins. During the past year, China had exponential rate imports and exports equalling 32.16... read more

How to Pick The Right Sneaker Materials?

How to Pick The Right Sneaker Materials?With Nike, Puma, Adidas, and several other sneaker and athletic shoe companies leading the footwear industry, sneakers turn out to be an all-time need of every single individual around the globe. Surprisingly, USA and China always have a competitive... read more

Shoes in autumn and winter

Shoes in autumn and winter There have been a lot of seasonal choices on clothing recently, which are closely studied from the perspectives of fabric texture, color and temperament matching. Actually，when collocation modelling has no way to proceed with. Aaccording to seasonal clue often can quickly... read more

Why do men need a pair of good custom shoes

Brogue shoes definition When it comes to the best shoes to wear in winter, it should be all kinds of boots. Every man should keep a pair of boots to protect him from the cold!Today we are going to introduce you a delicate and tasteful Brogue... read more

How to distinguish exotic skin

How to distinguish exotic skin   The most common type of leather shoes is cowhide, but there are actually a few brands that offer embossed cowhide. Some embossed grain can also be called litchi skin, embossed texture adds a touch of texture and maturity. Suede Furred cow and sheepskin, also known... read more

4 Reasons Why Chinese Shoe Manufacturers Are Affordable for StartUps?

4 Reasons Why Chinese Shoe Manufacturers Are Affordable for StartUps?Between 1992-2002, Chinese incentives attractive companies from the global marketplace for investments. By 2016, when Chinese improved their technology and machinery to build competitive products in the market, the minor price hikes reduced the foreign investments. Yet,... read more